The elections have been held several times, but the problem of public welfare has not yet been reached, whether caused by underprivileged candidates or the wrong voters. This research focuses on the role of opinion leaders in the elections with the aim of analyzing the way opinion leaders conduct information selection and analyze the role of opinion leader communication in increasing the electability of prospective regional head candidates in North Sumatra. Methods used in this study is qualitative approach through in-depth interviews. From the results of the study, it was found that religion; ethnicity and getting to know the candidate pairs became a factor of opinion leaders in determining the choice of candidate pairs brought to the midst of the community. To influence public opinion opinion leaders tend to use interpersonal communication patterns and small group communication, especially to voters who are in their own environment such as an organization and / or area of ​​residence / environment 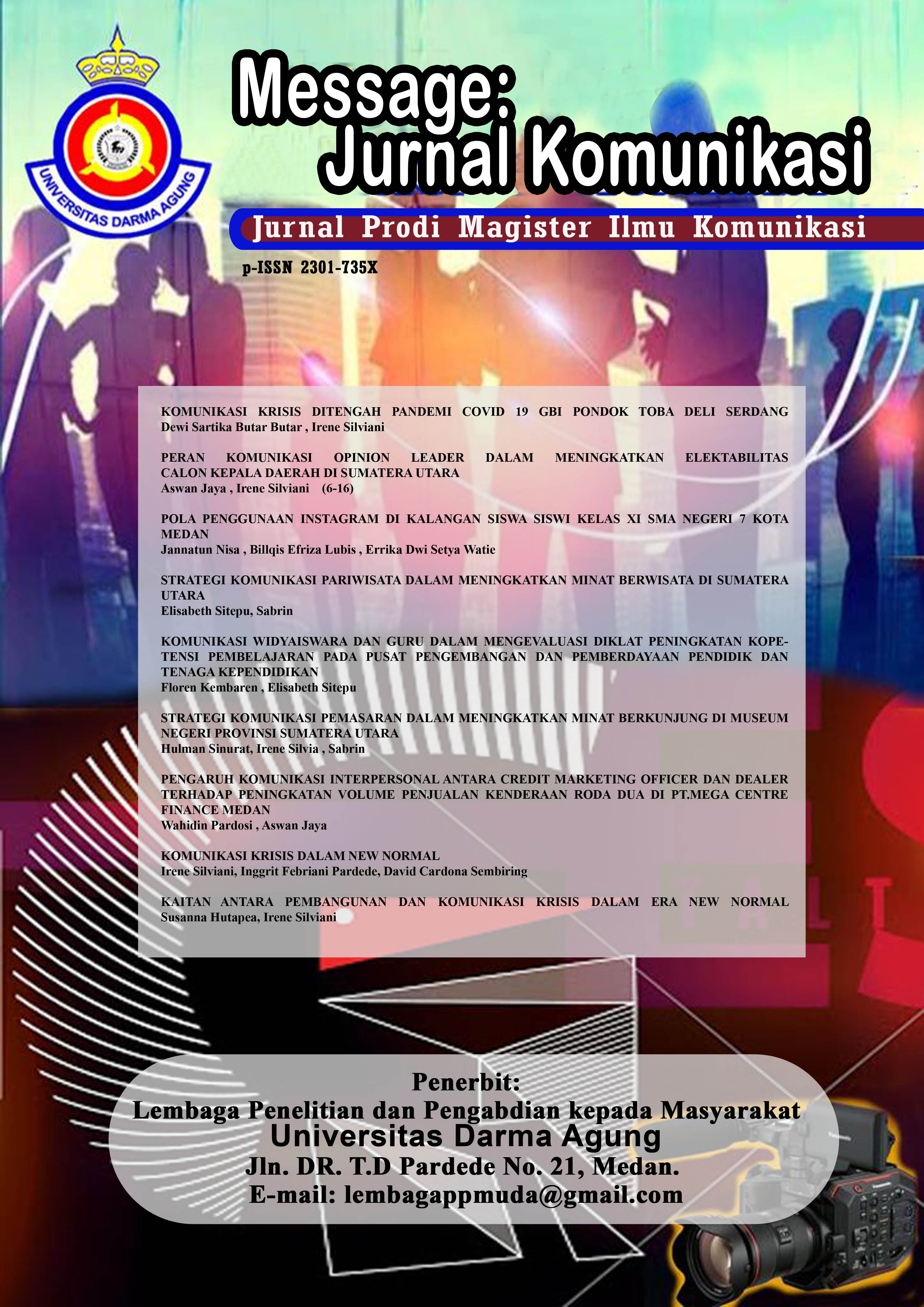