Audit delay is a delay in submitting or publishing the company's financial statements which can make a financial report quality doubtful by the parties interested in making decisions. The purpose of this study is to test and analyze the effect of profitability, solvency, and KAP size on audit delay in financial report submission in consumer goods industrial sector manufacturing companies listed on the IDX for the period 2017 - 2019. In this study there are 3 independent variables, namely profitability. , solvency and hood size and the dependent variable there is 1, namely audit delay. The sampling method used in this research is purposive sampling method. The total population in this study were 36 companies and then eighteen (18) companies fulfilled the purposive sampling. The type of regression model used in this study is logistic regression, then to test the research in logistic regression using Statistical Product and Service Solution (SPSS) version 22.0 for windows using simultaneous test (Omnibus Test Of Model Coefficient) and Wald test (partial). The results in this study indicate that together (Simultaneous Test) all independent variables affect audit delay where the Chi-square value is 4.291 with a significance value of 0.032 <0.05, then the hypothesis is accepted. Then in the Wald Test only the KAP size variable affects audit delay significantly where the Wald test value is 2.068 with a significance of 0.048 <0.05, so the hypothesis is accepted. Meanwhile, the profitability and solvency variables have no effect on audit delay where the Wald test value is 0.663> 0.05 and 1.187> 0.05, so the hypothesis is rejected. 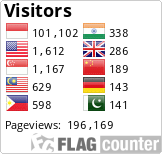