Studying English for at least seven years does not necessarily make students proficient in practicing English language learned include speaking. When the ability to use English orally has become one of the factors to get a good knowledge, economic independence and job security, it is deemed necessary to find out what problems are the students have to speaking English in order  to build strategies to overcome the problems to students' speaking ability in the future. Thirty persons from second semester students of English department at University of Darma agung Medan participated in this study. The data regarding students’ English  speaking were collected through  questionnaire and speaking test. This study  found that students experienced problems to speaking English. It was also revealed that the major problems of the students to speaking English due to the lack of effective transition of knowledge into practice which is caused by the lack of English basic knowledge and the influence of first language used, the disadvantaged socioeconomic factor, non-English classroom instructions, and English speaking anxiety. 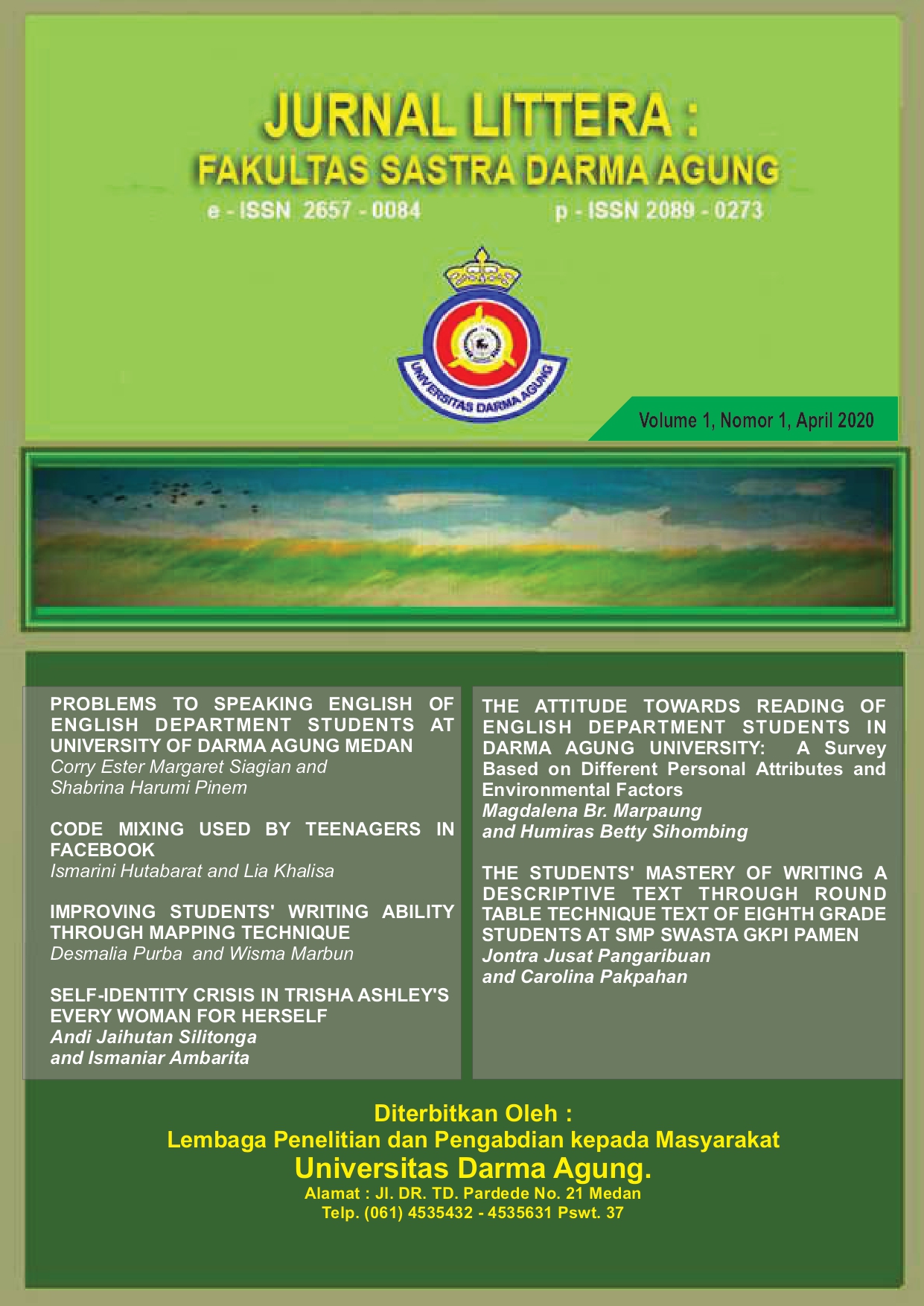