Garuda Mesin Agri is one of the agricultural equipment distribution companies. The fact that the level of sales of agricultural equipment from competitors who can seize market share and increased agricultural sector growth to support the performance and productivity of the company which will ultimately require agricultural equipment in case of damage, the researchers chose PT. Garuda Agri Machine as the object of research. This study aims at to testing and analyzing the effect of communication and commitment on employees’ performance. The research method used by researchers is a quantitative approach. The type of research is quantitative descriptive. Data collection methods used are interviews, distribution of questionnaires, and documentation studies. The analytical method used is multiple linear regressions, coefficient of determination, simultaneous testing (F-test), and partial testing (T-test). The population used is all employees, amounting to 75 and the total sample used is as many as 75 employees. The research findings show that: 1) communication partially had a significant positive effect on employees’ performance. 2) Commitment partially has a significant positive effect on employees’ performance at PT. Garuda Mesin Agri. 3) Simultaneous testing of independent variables communication (X1) and commitment (X2) simultaneously have a significant effect on performance (Y) at PT. Garuda Mesin Agri with a coefficient of determination of 32.1%. 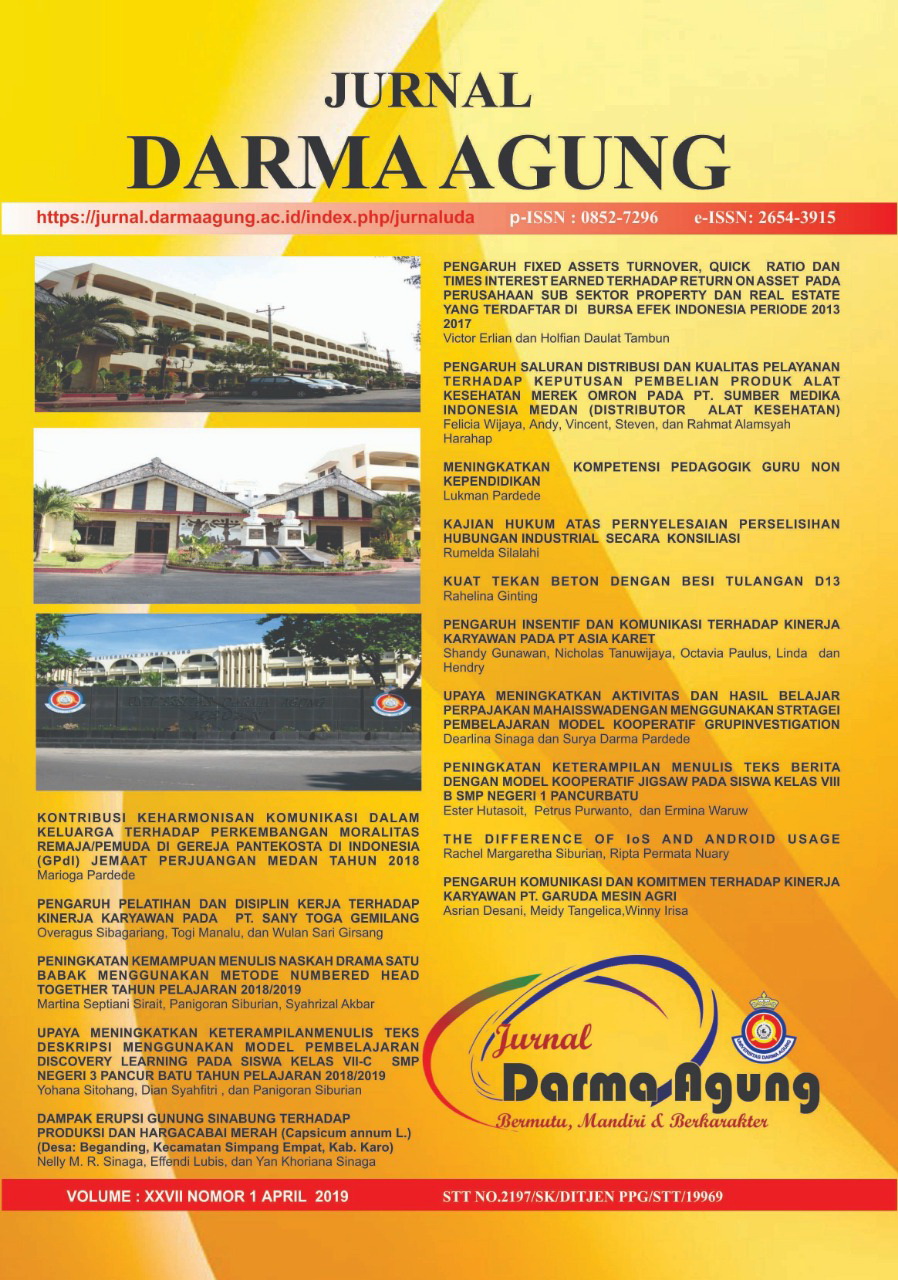