This research aims at testing and analyzing the influence of supervision and competence on employees’ performance at PT. Invilon Sagita Medan. The researcher took the object of research from PT. Invilon Sagita Medan in which the object selection is caused by a decrease in employee performance. Supervision is a control action carried out by the leader in paying attention to every employee's work in the company. Supervision is carried out as an effort of leaders and companies in order to regulate and supervise so that all employees work according to established rules and targets. Competence becomes a benchmark for the ability of employees to carry out their duties according to their position. Employees are required to have good competence in order to be able to carry out their duties properly and correctly. The ability of employees who have competencies will also be seen from solving problems in work. The population used was 240 people with a sample of 150 people and 30 people to test the validity and reliability of using the Slovin formula. The research method used is a quantitative approach, a type of quantitative descriptive research. Methods of collecting data was done by having interviews, questionnaires and documentation studies. The analytical method used is multiple linear regression, simultaneous coefficient of determination and testing (F-Test) with a value of Fcount> Ftable (67,955> 3,910) and partially (Test-t) with the value for the tcount variable> ttable (4,684> 1,976) and competence (6,396> 1,976). The results showed that supervision and competence simultaneously and partially had a positive and significant effect on employee performance at PT Serdang Jaya Perdana 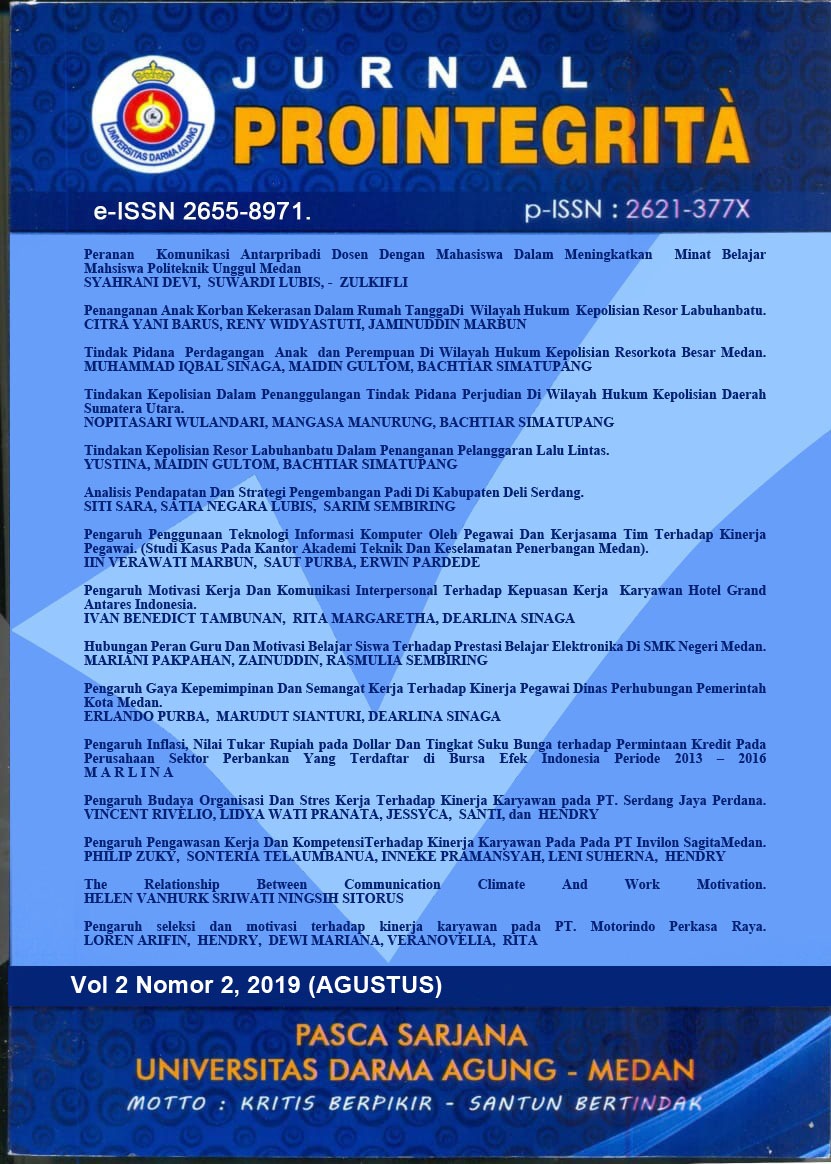